The Italian culture of the table

The Italian culture of the table


A calendar of special initiatives to discover and rediscover the Italian food and wine culture: every month a stimulating “journey” to explore local excellence and traditional recipes, as always under the banner of creative reinterpretation and pleasantness.

Ingredients and regional products protagonists of the month:

Special recipes of the month 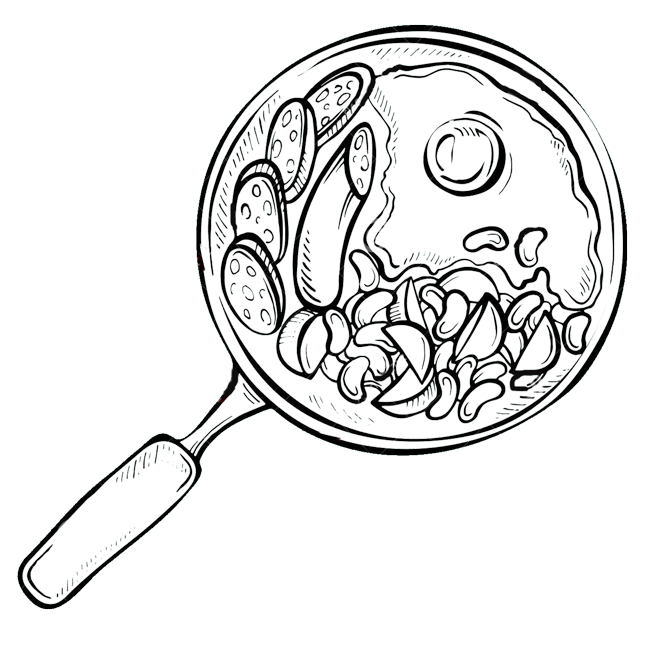 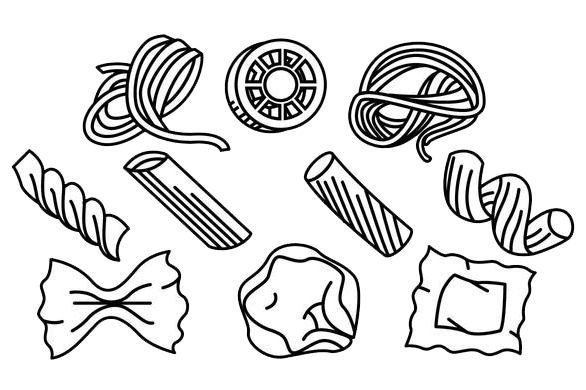 A real Tuscan gastronomic excellence is considered the meat of pork of the Cinta Senese breed which is raised in the wild or semi-wild state: a species that risked extinction, avoided with ad hoc projects and the awarding of the DOP brand.

The processing of pork meat, even within families, was a custom that mainly concerned the lower-middle class, somewhat throughout the peninsula, who needed to make supplies for the winter and most of the spring. Even those who lived in the city with the arrival of autumn moved to the countryside to devote themselves to this ritual task.

Tonno del Chianti is an ancient Tuscan recipe based on pork meat , so called because it recalls in its appearance and consistency that of tuna in oil. The idea was born precisely from the need of the peasants to preserve pork meat, in particular the excess and therefore second choice or that of the pigs that were forced to slaughter in the summer, for the most disparate motivations, in a period in which this practice was traditionally interrupted.

At the time, having no refrigerators, and being unable by the temperatures to make sausages to be seasoned, ingenuity was sharpened: in fact, it is no coincidence that the recipe is similar to Piedmontese rabbit tuna, given that it was born in a similar social context

It found its maximum diffusion in the area around the early fifties, notoriously years of strong economic depression! Memory of this ancient preparation was gradually lost until the butcher-chef Dario Cecchini met it, thanks to the stories of an elderly gentleman. So he decided to deepen his research and to propose it again, immediately gaining great acclaim, to the point that today, not so long after its diffusion, it is considered a must of traditional Tuscan cuisine.

The rediscovered taste for genuine flavors and for poor cuisine that represents the discovery and culture of local traditions, have meant that Tonno del Chianti is now served as a gourmet dish in all those restaurants, not only in Tuscany , which enhance the gastronomy of the area.

The process for making Tonno del Chianti is a bit long but simple and the excellent result you get is well worth the time and effort.

peposo is a typical Tuscan dish, originally from Impruneta. The correct wording is “peposo all’imprunetina” but sometimes it is also called “peposo alla fornacina” .

Historical research traces the preparation of this dish back to the time of Messer Filippo di Brunellesco Lapi (1377 – 1446). During the construction of the famous dome of the cathedral of Santa Maria del Fiore it seems, in fact, that the kilns responsible for firing the bricks made extensive use of this dish.

The kilns used to cook the meat in earthenware containers, placed at the mouth of the oven, while preparing the bricks (The bricks for the dome of Brunelleschi’s Duomo di Firenze were also fired in the Impruneta ovens ) To cover the smell of a raw material that was not always very fresh, a generous dose of red wine and peppercorns was added. The long cooking would have softened and flavored even the toughest meat, to be enjoyed accompanied by abundant rations of bread.

The name of the preparation of “peposo all’imprunetina”, whose trademark is filed with the Trademark and Patent Office of the Florence Chamber of Commerce, is reserved for the product obtained in accordance with the production specification.

Only the following ingredients are used to prepare this dish:

For the preparation of the registered trademark “peposo all’imprunetina” the use of no other ingredients and in particular tomatoes, peeled tomatoes or tomato concentrate is not permitted.

To make a perfect panzanese steak you first need the right cut of meat. This is what is known in Florence as mela, in the rest of Italy as scamone. It is a fine and lean cut, which acts as a bridge between the loin and the thigh, usually used for carpaccio or roast beef. In the version proposed by Dario Cecchini, however, only the core of the muscle is selected from the cut, from which thick slices are obtained.

To cook it, you need to remove it from the fridge in advance, at least 10 hours before it is actually cooked. Strictly grilled, you have to wait for it to turn an intense, burning red, so that the meat cooks to perfection. Times are of the essence: with the grill near the fire, you hold 5 minutes on each side, to then finish with 15 minutes of cooking straight on one side.

Ribollita, or bread soup, is a dish that derives from the typical soup of stale bread and vegetables that is traditionally prepared in some areas of Tuscany, in particular in the area of ​​Siena, Florence, Pistoia, Prato and Arezzo and in the Piana di Pisa .

It is a typical “poor” dish of peasant origin, whose name derives from the fact that once the peasant women cooked a large quantity of it (especially on Fridays, being a lean dish) and therefore it was “reboiled” in a pan in the following days, hence which takes the name of ribollita, because the real soup is heated twice, otherwise it would be a very banal bread and vegetable soup (not to be confused therefore with bread soup).

The first traces of this preparation date back to 1910 in the book The art of cooking in Italy by Alberto Cougnet.

The basic ingredients are black cabbage and beans (borlotti, toscanelli or cannellini beans). Ribollita is a semi-solid winter dish. To make the soup better, the black cabbage must have “got the ice”, i.e. that it has undergone one or more winter frosts that soften its leaves.

The best thing is to “reboil” the soup in a wood-burning oven in a saucepan with a thick bottom or a double steel-copper or steel-aluminum bottom to prevent it from sticking and burning.

It is customary to add a drizzle of extra virgin olive oil to the “ribollita” and slice a fresh onion into it. Like all other vegetable soups, ribollita also gets tastier every time it is “ribollita” over the heat.

Pici is a fresh pasta, similar to spaghetti, which is made with water, flour and salt. A simple preparation, typical of the Tuscan culinary tradition: a “poor” dish linked to peasant cooking. Pici can be combined with various condiments, thanks to their ability to adapt to various preparations: with cacio e pepe, with crumbs, with garlic, with meat sauce, and in many other ways.

The origin of the pici dates back to Etruscan times and the area in which they would have been born seems to be the one on the border between Tuscany, Umbria and Lazio. In fact, in these regions we find the same preparation, but with different names: torcolacci, filarelli, pisciarelli, lilleri from Lazio, lombrichelli from Viterbo, stringoli from Umbria and stringozzi from Perugia. What makes the various preparations different is only the seasoning, which changes from one region to another. According to peasant tradition, pici were simply seasoned with oil, onion and salt or with cheese and pepper. Richer condiments were those with duck ragout, sausage and mushroom sauce or potatoes and beans, while the picio par excellence is the one with garlic, tomato and spicy, or there are the pici with crumbs, typical of Montepulciano

Regarding the origins of the name “pici”, according to some, it is linked to the figure of Marco Gavio Apicius, an important Roman gastronome and author of the famous work De re Coquinaria. According to others, however, it derives from San Felice in Picis, a locality in the Arezzo area. On the other hand very likely, the name “pici” would have come from the gesture made with the palm of the hand, when the picio is shaped: a gesture which, in Tuscan culinary jargon, is “appicciare< /em>“.

In the kitchen it is present in many traditional Tuscan recipes. Sweeter and much less invasive than garlic, it is essential for pici all’aglione: a very tasty and healthy dish, typical of the Sienese countryside.

Since ancient times, garlic has been used for healing purposes: it protects against toxins and infections, reduces blood pressure… and more.

Aglione is a variety of Allium ampeloprasum var. Holmense (Mill.) Asch. and Graebn. typical of the Val di Chiana, an area particularly suited for horticulture, which extends between the provinces of Arezzo, Siena and Perugia. The plant is characterized by cloves much larger than those of common garlic, which weigh 70-80g, and the bulbs normally exceed 500g.

Sweeter and much less invasive than garlic, it is present in many traditional Tuscan recipes.

The Aglione sauce is a typical ragù of the Amiata and Tuscan tradition, based on Aglione della Val di Chiana, tomato and chilli pepper. A simple sauce with a strong character at the same time, perfect with pici, but which can also accompany short pasta or croutons.

(from Agriculture and Wikipedia)

The origins of this breed are very ancient and there are pictorial testimonies that demonstrate the breeding of pigs similar to the current Cinta Senese since the Middle Ages. The most characteristic trait of this pig is the presence of a white belt, which gives its name to the breed, on a slate-black coat.

The Cinta Senese meats have excellent organoleptic qualities. The fat is pinkish in color; also the meats have a more intense color than the other pigs. The particular breeding and feeding conditions have positive effects on the flavor and succulence of the meat which boasts better dietary qualities due to the higher concentration of unsaturated fatty acids, in particular of the Omega 3 series (which are associated with a decrease in blood fats) and Omega 6 (antithrombosis action). Compared to the traditional one of other breeds, lard is richer in oleic acid, which keeps cholesterol away, and in polyunsaturated fatty acids. Fat with larger cells rich in water is less consistent and more fluid, therefore much more palatable; its better fluidity, due to a greater unsaturation, allows a more rapid diffusion of the aromas used for spicing in the cured meats that are obtained, ensuring the product excellent aromatic characteristics.

It is a very rustic and frugal breed, so its structure is similar to the long-limbed type, with fairly long but robust limbs, a shallow trunk, an elongated head with a straight profile, suitable for grazing.

The area of ​​origin and breeding of the Cinta Senese is that of the Montagnola Senese, included in the territory of the municipalities of Monteriggioni, Sovicille, Gaiole, Castelnuovo Berardenga and Casole d’Elsa, in the territory delimited by the upper valley of the river Merse on one side and from the upper valley of the river Elsa on the other.